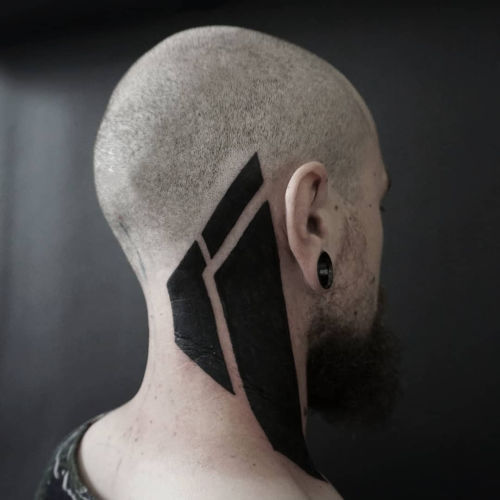 Blackwork is one of the oldest tattoo styles, alongside Japanese and traditional. And while the idea of "black" tattoos might seem to stem from the need to cover a specific area of skin with black, it actually comes from materials that were used for tattooing thousands of years ago. More precisely than the charcoal which is the main component of ink. Despite the fact that black is the dominant color in a blackwork tattoo, sometimes there is also red or other color accent. Blackwork is also about bold lines and the use of negative space relating to everything around a given image. Tattoos made in the style of blackwork are mainly straight, black lines, decorated with geometric patterns, and the most popular motifs are animals, flowers and bird skulls