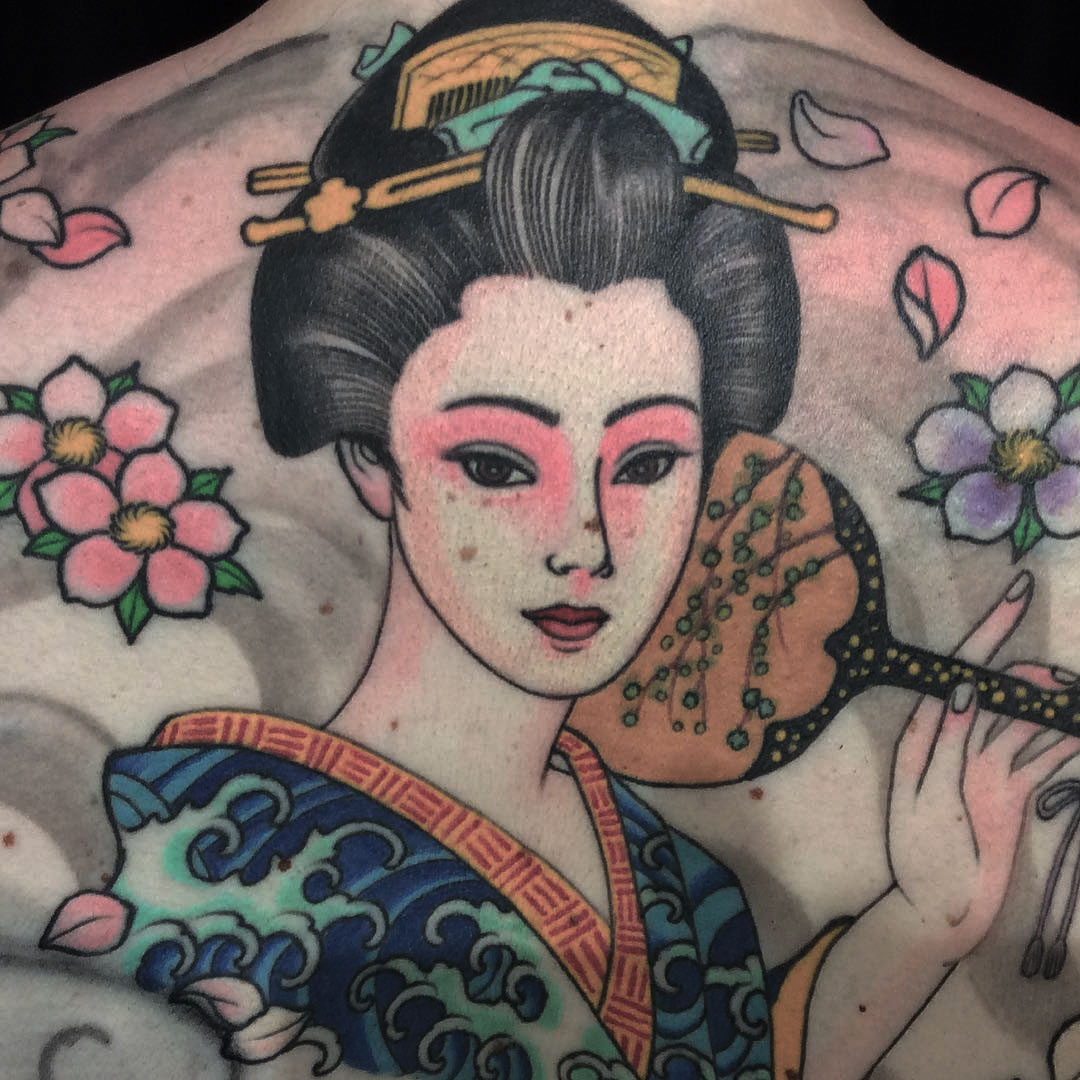 Traditional Japanese tattoos were a means of communicating social status and also served as spiritual symbols, often used as some kind of protective charm and also symbolizing devotion, much like modern religious tattoos. Today, many people proudly wear Japanese-style tattoos because of their fluid composition and much deepness. Colorful, flattened perspectives, graceful illustrative drawings or the unique use of negative space are the hallmarks of this tattoo style. One of the most characteristic motifs in Japanese tattoos is the image of a dragon, considered in Asian culture to be a wise creature that brings blessing to its owner. Another motif is the koi, a Japanese carp that is brave and stubborn. Koi is part of many legends and folk tales. Chinese lions, called Fu Dogs, are protectors who ensure stability in wealth and health. As with many aspects of Japanese tattoos, meaning depends on the colors used or the placement of other elements surrounding the main composition.